COME BACK FOR LIVE SCORES & LIVE BLOG FROM 26 JUNE

Giving
The Wimbledon Foundation manages a significant programme of grants to charities each year in support of the Foundation’s objectives. READ MORE

The Wimbledon Foundation manages a significant programme of grants to charities each year in support of the Foundation’s objectives. 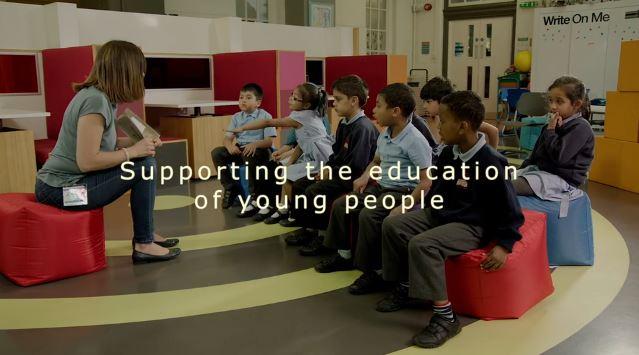 For full details of grants and donations made in 2017, click here for our Annual Review.

The Wimbledon Foundation makes a valuable contribution to meeting social needs and reducing inequalities in the London boroughs of Merton and Wandsworth via three grant programmes.

Our Health and Wellbeing Fund supports eight local charities with grants, totalling £150,000 per year over three years, towards projects that meet social needs by improving the health and wellbeing of residents in Merton and Wandsworth.

Click here to find out about more about our Health & Wellbeing partners.

In September 2017, the Wimbledon Foundation made up to £50,000 available for its Arts and Community Engagement Fund, ACE. We are looking for one outstanding creative, inspiring and engaging cultural and arts project to work closely local communities and individuals in Merton and /or Wandsworth.

It can be anything from young people creating and curating their own arts and creative festival; taking the beauty of experiences and memories of a local community or period in time and turn that into poetry; and arts installation or exhibition; roaming street performances – anything that creatively engages local communities and individuals – and also reaches a wider audience through exhibitions, screenings, performances or other creative ways.

Giving through The Championships

The Championships present a unique opportunity for the Wimbledon Foundation to support a range of charitable activities.

Wimbledon’s well-established and unique Ticket Resale Scheme, whereby tickets no longer required by spectators leaving the Show Courts are re-sold to other spectators, raised £346,00 in 2017 including match funding from HSBC, official banking partner of The Championships. The proceeds are distributed to charities and community organisations by the Wimbledon Foundation.

In 2017, the Wimbledon Foundation gave a total of £100,000 to the Metropolitan & City Police Orphans Fund, the Royal Navy and Royal Marines Charity, the Royal Air Force Benevolent Fund, ABF The Soldiers’ Charity and the Fire Fighters Charity. The donations are in recognition of the long-standing working relationship between The Championships and military and emergency service personnel who give up so much of their time to volunteer as stewards.

Each year, the Honorary Stewards are invited to choose a beneficiary charity and in 2017 nominated Princess Alice Hospice and the Stroke Association to receive donations. BBC Children in Need and Place2Be, the two charities represented by the children who performed the coin toss at the Ladies’ and Gentlemen’s Singles Finals, also received donations.

The Wimbledon Foundation and the All England Club provides support to the local community in a variety of ways from hosting community events at the Club to continuing its long-standing sponsorship of the Wimbledon Guild Village Fair and the Southfields Christmas Lights.

The Foundation also co-ordinates in-kind support to local charities, including:

-  1000 items donated to children in Africa by School Aid

- AELTC Groundsmen supporting ‘One Man Went to Mow’ volunteer team in the upkeep of the Wimbledon Village War Memorial surrounds.